For the first time in the 31 Days of Magic & Mayhem, Cynthia Diamond's recounting totally freaked me out! Beware ... 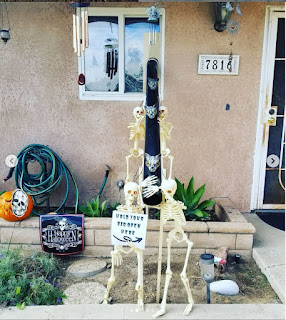 As soon as I can! But if I have any restraint, I will wait until October the 1st. If i wait for later I feel like a slacker.

Oh so many. Over the years, my traditions have changed from parties, to costumes, to decorations. My current favorite is me, my husband, and friends when they are about, all carve pumpkins on either Halloween eve or Halloween. Halloween night we light their candles, make wishes, and let them burn until dawn then they finally go out.

One time, when I was still living in the Bay Area, my friend and I were driving along a stormy dark road. While we were going along, there was a tall shadowy figure standing along the side of the road. The trees around him were blowing but the wind didn't touch him. As we were driving by, he watched our car pass. We tried to make out his face but saw nothing under the brim of his hat. I remember the chills we both felt as we sped off as fast as we could.

An Impractical Guide to Satyr Charming 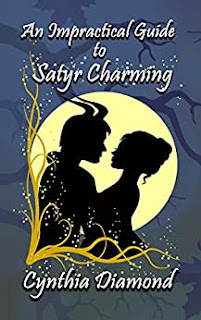 With her magic stolen, Ivy Bennett is a witch doomed to die. But she isn’t giving up without a fight. One ritual could restore her power, all she needs is a little elbow grease and an abandoned house in the woods. Unfortunately, the home’s current resident -an arrogant satyr named Finn- will not tolerate a witch in his territory. Ivy will be damned if the goat-legged jerk gets in her way. If only he wasn’t as sexy as he is infuriating. Charming a satyr isn't at the top of Ivy's do-to-list, but it's either come to a truce with the insufferable male or knock on death’s door.

After witnessing the slaughter of his herd, Finn’s sole purpose is to protect his brother and his lands from deadly witches. But when one moves in, his fury rises. While the need to drive the witch away is strong, his desire for her is stronger. Soon he finds himself wanting the lovely, stubborn female more than hating her. But keeping Ivy as his own would forfeit everything he’s held sacred. And now her presence has attracted something in the forest... Something that may destroy them all.