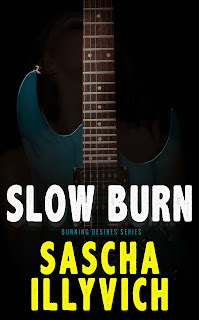 Tempting secrets of an angel

Seductive mysteries of the beast
Derrick, a former spy, has been asked to protect the sultry Sonja, a death metal singer whose magical voice grabs him by the balls and won’t let go. He’ll protect her, all right…with every part of his body tight against hers.  "I'm burning for you, baby. I need inside of you. Beg me," he growled, a low sound that rumbled through her chest, exciting her further.

Her touch hardened him and made his nerves very aware of the swell of her ass and luscious curve of her breasts.

Right now his fingers were walking a delicate, arousing line up her spine.

Sonja uses her voice to purge her fans of their darkness, their hate and hopelessness. But evil forces want to use her magic for their own ends. All she wants, at this point, is safety for herself and her band.  When Derrick and Sonja team up, Sonja does her best to resist the lure of safety he represents, until a radical league that wants her dead propels her into his arms. Will his help be enough? Or will she lose her heart to him, only to be killed in the process of saving the world?

Thank you. Any and all support is appreciated!