Being Influenced with Missy Jane

Are you a bad influence, or have you had a bad influence lately? I used to think I only paid attention to good influences, but I’ve learned it’s all a matter of perspective. There was a time when I didn’t say words like sex out loud. I wouldn’t even let my husband tell me dirty jokes. I also didn’t read romance novels. I used to stick strictly to Horror and Fantasy. But then I started writing and a friend introduced me to Paranormal Romance. Next I went to a conference and met a ton of romance authors and publishers. That’s when I realized there was a whole other world out there, in the literary sense.

In my newest release, Annie is a shy, quiet twenty-something who sticks to what she knows. She’s taken aback when the sexy neighbor across the street shows interest in her, but Rick doesn’t want to take no for an answer.

Annie may be a shy twentysomething who spends her days keeping track of her wayward teenage sister, but Rick noticed her living across the street as soon as he moved in. Now he can’t stop fantasizing his sweet, innocent neighbor and wanting her has become an obsession. He just has to convince her to give him a chance instead of always running away.

This is a sequel, but you can still read it as a standalone novel, as the characters just know each other. I had a blast writing this book and have already started on a third. I hope you enjoyed learning about it.
You can read an excerpt and buy it here: http://www.ellorascave.com/erotic-influence.html

Ms. Missy Jane is the alter ego of a married mother of four who was born and raised in Texas. A few years ago she finished reading a book by Mercedes Lackey and thought "Now, what if..." and a monster was created. Missy now spends most of her time lost in worlds of her own making, alternately loving and hating such creatures as vampires, shape-shifters and gargoyles (to name a few). When not writing, she spends her time reading, taking photos of her beautiful daughters and training her husband to believe she's always right.

Posted by Louisa Bacio at 9:15 AM No comments: 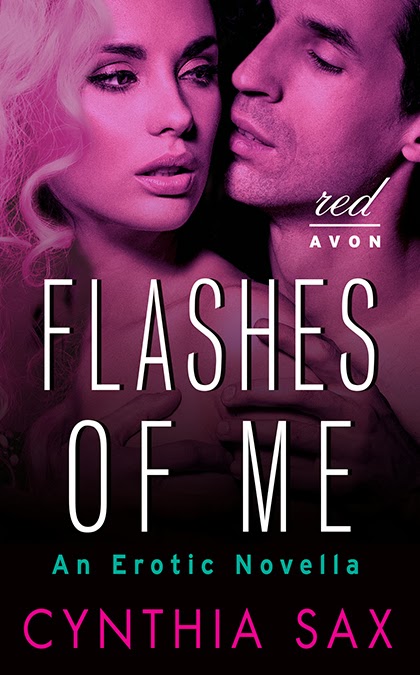 There’s a meme floating around Facebook – Which Disney Princess Are You? I didn’t have to fill out the test. I KNOW I’m Belle. Beauty and the Beast has always been my favorite type of romance story.

I love the pairing of a savage scarred hero with a feisty beautiful heroine. I love the contrasts – his wild nature with her primness, his big mitt of a hand and her dainty fingers, his untamed looks with her jaw-dropping fashions.

He’s damaged, so very damaged, scarred inside and out, and she’s the only one who can reach him, the only one who truly understands him. He resists yet finally falls in love and when he falls, he falls hard. The beastly hero is willing to do anything to protect the woman he loves.

Henley uses his appearance and the rumors to do his job. Very few people dare to break the rules at Blaine Technologies because no one wants Henley confronting them. Employees are so scared, they avoid him in the hallways, exit elevators when he enters, duck behind walls when he passes.

This avoidance hurts Henley but he tolerates it because it allows him to protect the people he secretly cares for. He willingly trades his happiness to safeguard others. And the kicker is…no one notices.

No one except Kat, the beautiful blonde heroine. She has always been judged on her appearances so she hesitates to judge others, including Henley, based on their appearances. She sees the man behind the beast.

What do you love about the beast hero?

Flashes Of Me
Pre-Order Link:  http://www.amazon.com/Flashes-Me-An-Erotic-Novella-ebook/dp/B00F2I2GXO

Henley, the head of cyber security at Blaine Technologies, is a man no one crosses. He watches employees constantly using his network of cameras and enforces his rules by any means possible. Rumors of his violent past, his scarred hands and huge size have resulted in him being feared by everyone… almost everyone.

Katalina, the new intern, worries about the revelation of her most painful secret much more than she fears her sexy boss’s wrath. She sees the loneliness in his dark eyes, feels the gentleness in his marred fingers, tastes the need in his kisses, and she knows he watches her. His silly rules about not stripping for the cameras and no sex at the office are destined to be broken.

Kat likes to be watched. Henley can’t look away. Will this beauty be able to tame her beastly boss?

Please welcome fellow OCC/RWA member and Decadent Publishing sister, Skylar Kade, with her rocking hot F/F Exposing Ellen. This weekend, I had the pleasure of getting up close and personal with this new 1Night Stand, and mmmm, as delicious as the cover suggests! In celebration of her release, Kade's giving away some F/F books (see below for details).

In Exposing Ellen, my heroines Aimee and Ellen are set up on a 1Night Stand by the magical Madame Evangeline. For Aimee, this was a welcome change from her foray into online dating. While some people have fantastic luck, she didn’t. Here’s Aimee’s list of the 10 worst parts of online dating.


***
To celebrate the release of Exposing Ellen (and the romance of Valentine's Day), I'm giving away a slew of F/F romance e-books!

If you haven't read these authors yet, here's your chance to discover an amazing new writer. And if you've never read F/F, welcome to an addictive new genre!

Huge thanks go out to Louisa Bacio, Kate Richards, Lucy Felthouse, Erzabet Bishop, Scarlet Chastain, Rebekah Weatherspoon, Harper Bliss, and K.T. Grant.
Entering is simple: each action below earns entries! The contest closes at midnight on 2/17, so you have over a week to rack up the entries. Each book will go to a different randomly-selected winner!
To enter, use the widget below or visit http://bit.ly/1euEgWo

Ellen Porter is a stranger to the single life--as much a stranger as she is to facing her same-sex desires. The recent divorcee, desperate to prove that her attraction to women is just a phase, enlists the help of Madame Eve for one night of “getting it out of her system.”

Aimee Tran has had enough of the Los Angeles bar-hopping scene. In pursuit of a genuine romantic connection, she discovers Madame Eve and decides that maybe, just maybe, a one-night stand will tide her over until she finds The One.

Neither woman expects lust to burn down their preconceived notions—or to crave more than one desperate tryst.

Skylar Kade, self-avowed hedonist and princess extraordinaire, started her writing career after throwing aside yet another romance she could not bring herself to finish. The run-on sentences! The purple prose! Oh, the horror of it was just too much. So she sat down to write her own tale. Her favorite part about writing is the extensive research.

She currently resides in sunny southern California, alternately cursing the polluted air and adoring the weather. Skylar spends her time asking the cabana boys to bring her more mimosas and feed her strawberries while she dreams up her next naughty adventure.

She blogs at the SkylarVerse and with the Nine Naughty Novelists.

“I....” She shook her head, terrified of the eagerness building inside her. “I have no idea what I’m doing,” she eventually whispered. “I’m sorry. Contacting 1NightStand was a bad idea, not fair to you at all.” Paolo might have been right. Her broken marriage was her fault.

She moved out of the balcony doorway but gentle fingers settled on her shoulders. “Not so fast, hon.” Aimee’s voice pitched low. “It’s not like I know what I’m doing either. I’ve never called up Madame Eve before.”

Ellen stared out over the ocean, where her date’s beauty didn’t distract her and she didn’t have to see the condemnation in Aimee’s eyes. “It’s more than being new to a dating service.” She paused and swallowed around her embarrassment. Neither in her mother’s house nor her husband’s had she been encouraged to talk about intimate issues. She hadn’t even heard certain anatomical euphemisms spoken out loud until her husband’s mistress ended up in their bed. Still, she forged on—Aimee deserved an explanation. “I’ve only been with a woman once, kind of. You obviously know what you’re doing and it’s not fair to you to be stuck for a night with someone who—”

Aimee spun her around, pulled her close, and twisted her fingers through Ellen’s hair. “Am I imagining your arousal?”

Oh, Lord. Her lips parted. The other woman stood so near. Her tongue flicked across Ellen’s lips and she bit off a moan. “I—”

Aimee pressed closer until their breasts squished together. One of her legs slid between Ellen’s. “Am I imagining your little gasps of pleasure? Of desire?” She bit Ellen’s earlobe. “If I am, tell me to leave. Because, honey, right now your inexperience is turning me on.”
Posted by Louisa Bacio at 12:00 AM 10 comments: