It's been a journey, and I'm so very excited to officially join the Black Hills Wolves Pack! *howl* It's a fantastic community with some memorable and yummy residents. So pull up a chair, kick back and get ready for another adventure in Los Lobos!

Check out the fun prizes for the launch and book tour.

When her older brother leaves the Black Hills to go to college, Tala Graystone stays behind, determined to restore their dilapidated home into a B&B for the pack. As more people return to the area, the need for temporary housing increases. Now, if only she can find someone to help with the heavy lifting.

Yas Collins fled Los Lobos as a child with his mother. As he struggles with his wolf and overpowering shifts, a desire for nature and the forest strikes hard. Black Hills, South Dakota, beckons him. With a background in construction, he easily finds work at Tala’s dilapidated B&B, but not everyone in town greets him with open arms.

As the remodel gets underway, Tala and Yas fight their growing attraction. Yas doesn’t trust his wolf urges around beautiful B&B owner. The she-wolf, however, has other plans.


Available via Amazon, ARe, iBooks, Kobo.

Tell me: Would you stay at the Wolf's Lair?

On Tour! Please make sure to visit the other stops on the Blog Tour: 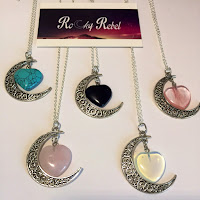 (4) Electronic copy of a backlist book

The giveaway ends at the end of the book tour on Aug. 5, 2015. Winners will be chosen randomly from the entries. Mailed entries open to U.S. entrants, and gift cards are open internationally. Not valid in areas where such contests are not legal. No purchase necessary in order to win.

a Rafflecopter giveaway
Posted by Louisa Bacio at 12:13 AM 7 comments:

Behind the Scenes … Author Promotions

Years ago, I saw a big-name author (who shall remain unnamed) talk about how she received a signing bonus of $10,000, put all that toward marketing and promotions and broke through.

After five years in publishing, I’ve developed a good reader base and strong network of support. Yet, I’m nowhere near the level of plunking down that amount of cash. (It took her longer, too.) Instead, it’s an art of finding quality creative support. There gets to be a time when an emerging and – hopefully – growing author does need that support. While I write, I don’t possess many skills when it comes to technology magic such as book trailers. And sadly, there are things I can forget.

That’s where the help comes in. Now, I’m not talking about my two daughters, ages 8 and 12, who’ll be making swag in our living room, but book tour companies and virtual author assistants who help smooth over the rough patches.

Now, some may not share who helps them “behind the scenes.” Primarily, because the fear is that they’ll become too busy, too popular, to continue to do business. (Let’s face it, it’s happened in the past.) Rather, I hope that by sharing, they get some good recognition, and they remember those recommendations.

On Friday, July 17, my Black Hills Wolves title “Claiming the She-Wolf” premieres. First, let me say that Decadent Publishing is extremely supportive, and recently named one of the best small presses. Likewise, I’ve received strong support from lead editors Heather Long and Rebecca Royce, and my sister writers in the Pack.

There are four outside sources I’ve worked with for promotional help, and I’d recommend them, and have, multiple times, and one new service.

Beckey White with In the Pages of a Good Book (http://inthepagesofagoodbook.com).

One key way to know that Beckey continues to deliver: I’ve recommended her to multiple people, and they keep contracting her. She put together the book blast, the tour with reviews and the trailer for “Claiming the She-Wolf,” in addition to other items such as graphics. 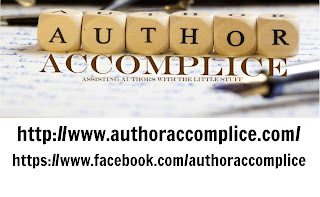 Sheri works with a lot of authors with bigger names than me. Yet, she makes me feel special and I adore her for it. When I need a hand to hold, she’s there. OK, sounds silly, but having someone who can go through your book and pick out the best quotes for catchy memes is truly a talent! (And yes, she does more than that.)

BTW -- Sheri will be my roommate at #AAD Hotlanta so if you haven't met her, say hi!

Let’s admit it, I don’t write in order to be in promotions. I prefer to be behind the scenes. That said, companies like Sensuous Promotions, who put out your new releases and you don’t have to (as much) … are golden.

And here’s the new “in my corner” – Ashley Haines with Ashley’s Addictive Book Promotions (http://www.ashleysaddictivebookpromotions.com). 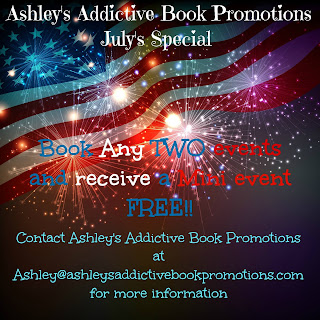 Ashley will be hosting “Claiming the She-Wolf” in a review library for six months. While I don’t have feedback on how the process goes, yet, Ashley has been extremely proactive and productive, and I look forward to doing more with her.

BTW – I’ve worked with other tour companies, such as the lovely Lucy Felthouse with Writer Marketing Services (http://www.writermarketing.co.uk), and the vivacious team of the Smexy Fab Four (http://www.smexyfabfour.com), who host an awesome Facebook party. With different books, I often do something different. It helps keep it exciting.

Tired yet? Oh, yes. There’s a lot that happens behind the scenes, in addition to writing. Finally, I’d like to give a big HUGE thank you to everyone for the support, because I truly know that it goes beyond and above.

The romance community is the very best, and I’m happy to be part of it.