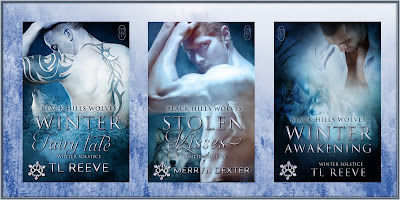 As the snow falls, the pack gathers in Los Lobos. Secrets will be revealed and new love stories will be told. It's time to run with the Tao Pack once more.

Sayer Blackcrow, isn't looking for a mate or even contemplating settling down. So spending his evenings in Custer for a woman he doesn't want to like, but finds he can't resist, is the best thing for him. However, what he won't admit to anyone is that she is his mate. When Drew and Gee show up ten days before the Solstice and announce he must bring home his mate or face the wrath of his alpha, he does what he has to. Doesn't mean he likes. it. What's worse, Gee announces there's to be a scavenger hunt and he's to participate with Kizzy.

Kizzy Rhapsody, isn't sure what's going on. One minute she's living in Custer and the next she's in a town she had no idea existed. What she does know, is her friend has been keeping secrets and the man who brought her there isn't talking either. Though she enjoys being in Los Lobos, she can't stand the lies, or falling for a man who isn't willing to trust her. But, with the Winter Solstice festivities approaching, she agrees to give both a chance.

Fresh, local honey is their item.

With no bee hives on pack lands, Sayer and Kizzy must work together to find their object. When a chance phone call, takes them out of town for their item, Sayer realizes his quirky little human is more than meets the eye. With the solstice upon them, he finds himself willing to move heaven and earth to make these festivities the best time of her life.

And if he ends up mated to her? Well, there are worse things that could happen.

A woman looking for a connection
Following her grandmother’s death, Sadie Burrows-King leaves the only pack she’s ever known in search of family ties. Crashing into Los Lobos, literally, she finds herself face-to-face with a man who calls to the lonely wolf inside her.

A man on the fringes of society
Orphaned wolf, Easton Quaid, survived the cruel years of Magnum’s reign by the skin of his teeth and the kindness of others, of the pack, but not really part of it. His world turns upside down when a new wolf blows into town. It will take every ounce of patience to claim her as his mate.

Stolen kisses
Set a task in the scavenger hunt, Sadie and Easton must work together. Proximity and attraction lead to stolen kisses and more between the pair. The mating call is strong, but is it too much for her to handle?

Secrets and celebrations
A new family, a new pack, and the temptation of a new mate. Sadie had everything she ever dreamed of, right? As the Winter Solstice celebrations get into full swing, old secrets are revealed. Sadie faces the decision of her life. Is she a solid, reliable Burrows, or a flighty, untrustworthy King? It’s not only her heart at risk if she makes the wrong choice.

Sarah Philips has come home after almost twelve years. Married to a man she planned on claiming as her own, and telling him about the babies she carried, she never got the chance. Now, the mother of twin, ten-year-old rambunctious boys, she knows what true happiness is along with the gut wrenching pain of loss.

Ero and Luc Mathews, the dark and light twins, are waiting for the one. For the last year women have come and gone from their life without that spark of recognition. When Sarah steps into Los Lobos Café looking for a job, the punch to Ero’s gut, shocks him to his core. But, he worries the connection won’t be there for his brother.

Love and Luc aren’t synonymous with each other. Where his brother is the ever optimist, he’s more incline to sit back and let everything play out. However, when he sees Sarah in the Convenience store, he can’t stop thinking about her. There’s something hidden within those amber-colored eyes of hers.

With the solstice upon them, Gee enlists their help in a little scavenger hunt of sorts. They have ten days to find their item and present it to him on the night of the festivities.

Having to work together keeps them in close quarters, and ignites a passion she hasn’t felt since before her husband died. But, with two children and a nosey mother always asking questions, it doesn’t leave time to consummate their budding mating. However, on the night of the solstice, both men will have what is rightfully theirs. The only question is; can her heart stand another chance at love?

a Rafflecopter giveaway
Posted by Louisa Bacio at 9:37 AM 4 comments: 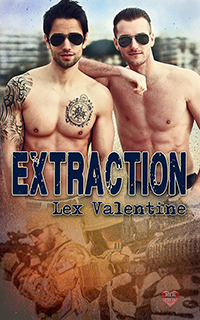 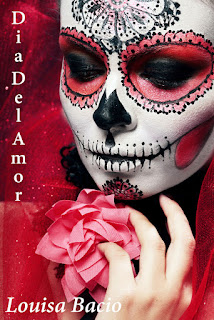