Welcome to My Sexy Saturday with a glimpse into Open Sesame -- a  ménage retelling of "One Thousand and One Nights." Here are seven paragraphs ...

Bad enough he let Ali get the drop on him, but fuck if she didn’t have to invite Taj into this little fantasy of hers. For the time being, Dragan stopped fighting against the ties that bound his wrists. Ali knew her stuff. He’d taught her himself.
“Hey, baby. I heard you wanted to see me,” Taj said. “I didn’t mean to interrupt anything here.”
As Ali turned to greet Taj, the back of her nightgown flared up and Dragan couldn’t help but notice how it curved up higher over her lush ass. Within his jeans, his cock grew tighter. What he wouldn’t do to have a piece of Ali; even let that cocksucker Taj watch. But it wasn’t his place. The lines in the sand had been drawn a long time ago. She was the princess of the desert, and he the protector. He hadn’t been able to save her father, and damned if he was going to do wrong by her.
She lifted her arms up, and placed them around Taj’s neck. Taj’s hands moved down her sides, resting right at her waist, his fingers splaying over her ass. The muscles on the backs of her legs flexed as she rose to her tiptoes and kissed him. Damn, with the taste of her still on Dragan’s lips, he could more than imagine what she felt like.
“If you know what’s good for you, you’ll keep your hands off her,” Dragan said as a warning. He may be tied up at this moment, but his condition wouldn’t last forever.
Taj came to stand next to the bed, and looked down at him. Such pretty boy features with his full lips and long lashes. The slickster embodied everything Dragan was not: blond, slim, and sure about his sexuality. It didn’t matter if his potential partner was male or female; Taj knew how to use it in order to get what he wanted. Dragan rarely had time for pleasures of the body and those few occasions he did, he got it out of his system—fast—and moved on.
“Drag, never seen you off your feet. It’s a good look for you.”

How do you like your fairy tales? I like mine naughty. Just in time for Halloween, I’m celebrating the release of two tales for adults only! “The Drummer Princess,” a F/F re-telling of the classic, in the newly released Hot Ink Press anthology Fetish Fairy Tales, and “Open Sesame,” ménage and bikers! 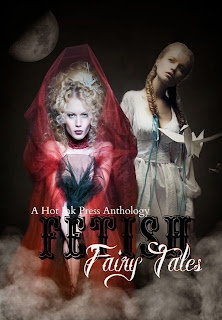 Grand balls and handsome princes never interested Princess Marianna. She preferred spending time with the castle’s sweet milkmaid and playing her drums. When the king sends Marianna on an adventure to find herself, she is visited by the apparition of Princess Julia.

After refusing to marry the nobleman of his choosing, Julia’s father imprisons her in an isolated mountaintop cabin, guarded by an evil witch. Only a prince who’s able to best the giants and outsmart the witch can free her.

Marianna knows she can do anything a man can, and vows to rescue Julia and claim the ultimate prize of love.

Have you ever wondered if it was merely a kiss that awakened Sleeping Beauty or what Snow White did with all those dwarves? Wonder no longer! Look deeper into the stories you know all too well to find the other side of happily ever after.

These are adult fairy tales with all heat levels, these are not the demure princesses of your childhood. 18+ only.

Available via Amazon (and soon other eRetailers). 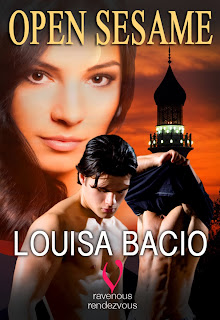 Contest: Leave a comment with your favorite fairy tale, and a valid email address, and I’ll pick a winner on Nov. 1, for a $5 Amazon gift card.

If you're looking for the Lucky 13 Blog Hop, read 13 Reasons to Love Halloween ... or it's one post down. 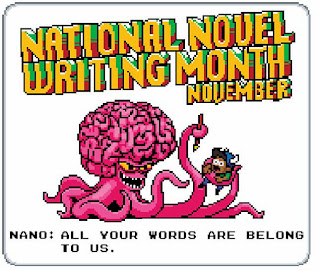 As October hits, it’s the hot question: “Are you going to NaNoWriMo?”

I’m even getting emails from “Your Novel” with the subject heading, “Please write me this November.”

Every year, I dutifully sign up, donate funds, go to write-ins and I get a lot done. But I never win.  Most often, I tend to write short. A full-length novel comes in at 50K. I’ve turned in 52K and had a copy editor suggest cuts in order to get it down to the required length. While writing, I usually “finish” at 45K and then edit, smoothing out transitions, flushing out descriptions and adding in those last 5K.

Some years, I’ve signed up knowing I was shooting for a 30K novella. Although I finished it, I still didn’t “win.” Well, officially. I completed the novella and got it published so that definitely counts for something, right?

I’ve met some local writers through the process, and had a blast hanging out with Kara Lennox, Rob Preece and Tari Lynn Jewett at IHOP and a local grocery store with our laptops. There’s nothing like 10 writers, clustered together working, without talking, garnering attention. People stared.

Why not this year? *shrugs shoulders* I fully support writers signing up, and working hard to complete their novel. I’m taking a realistic approach, and know I have three projects I’d like to finish in the next month:

1) The Vampire, The Witch & The Werewolf: A Wolfe in the City – The manuscript is about 47K right now, and it needs to be completed.

2) Second For Men for Ellora’s Cave: The Quickie is more than halfway done, and could be finished up within a week.

3) R&R for Decadent Publishing: Need to polish a few areas, and get it back in. It’s been on the burner for when the other two items were finished.

Plus, I have another 1Night Stand rattling around in my brain. With the recent release of A Dance with Death, this character is clamoring for a HEA.

So officially … no NaNo for me. I’ll be cheering on my friends, and you can send me some good thoughts for wrapping up my projects! 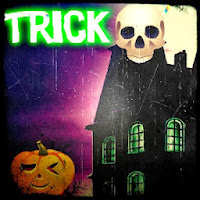 Are you superstitious? Like the dark and spooky? Some people like Christmas, and others like Valentine’s. Me? It’s Halloween, which is why I was all over this hop with Heather Long.

So are you ready for a Trick? Here are 13 reasons to love Halloween.

13. The Miniature Candy without too much guilt.

12. Monstober – and only moms with younger kids will probably understand.

11. In SoCal, the weather turns perfect – not too hot and not too cold. But, you have to watch out for the Santa Anas.

10. Black is one of my favorite (non)colors.

8. Not having to dust the spider webs off your house.

5. Visiting the pumpkin patch. (No innuendo there.)

2. Nightmare Before Christmas is a kick-ass film.

Take a look at my new 1Night Stand, A Dance with Death:

After recovering from an injury and uncertain of her future in the world of dance, ballerina Isabella treats herself to a dating service–some frolicking between the sheets before she decides what to do with the rest of her life is just the jeté her heart and mind needs.

A successful music video choreographer, Raul is constantly surrounded by gorgeous dancers. But his life lacks a vitality and depth he needs to fuel his creative passion. He turns to a 1Night Stand to discover inspiration.

A dance between life and death…

When an accident threatens to cancel the evening of romance, Isabella and Raul will have to dance to a new beat. Can a dance with death change fate?

The tour has some amazing prizes. Check them out, and make sure to enter via Rafflecopter.

Trick Bundle – From Participating Authors:
A Date with Death by Louisa Bacio
Fight or Flight by Natalie J. Damschroder
Silken Edge by Lacey Paige
Sleepy Hollow Dreams by Taryn Kincaid
Lightning by Taryn Kincaid
Ruby Hill supernatural romance (Entangled Ever After) via Amazon or BN gift copy
ebook bundle, Tales from the Coffin by Joanne Kenrick
Last Flight of the Ark by Dawn Jackson
Kindred of the Fallen by Isis Rushdan
Protector of the Flame by Isis Rushdan
Hereafter by Joya Fields
Earth Witches Aren't Easy by Heather Long
Marshal of Hel Dorado by Heather Long

Tell Me: Leave a comment here with an email address, and you’ll be entered into a drawing for a $10 Amazon gift card.