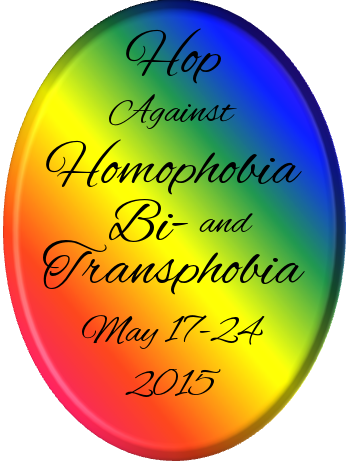 There’s a reason why my author tagline is Love Knows No Bounds. While society has seen tremendous changes over the last 10 years, we still have a ways to go.

In my writing, I don’t necessarily start out to write a M/M or a F/F, or even a ménage. Often, I let the characters talk to me. Who are they looking for? Who is their love? From a marketing standpoint, I’ve been told it can cause difficulties. Readers don’t know what to expect from me. I don’t just write straight M/F or gay romance.

My argument? Readers can expect a good love story. That is my primary focus – showing how two (or sometimes more) find their mate in this great big world we have. And often it includes some very hot sex.

Anyway, when I was in high school, only a couple – of a boy and a girl – was allowed to attend the prom. It’s definitely not 100%, but I love seeing same-sex couples given the option to attend or even singles.

Hopefully events such as this one, and continued awareness will bring further change: I see it even within my own daughters. Many from the next generation bend the sides of that box, and are breaking out. 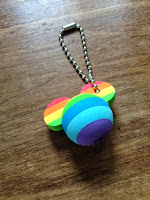 only. If you’re international, and win, I’ll substitute a $5 Amazon gift card. To enter, tell me: How have you seen change, and please leave a valid email address. Winner will be chosen randomly by entries, after the hop on May 25.

Thank you for visiting my stop on the tour, and please say hello to the other contributors. Here’s the main page http://hopagainsthomophobia.blogspot.com, or visit the links below. The International Day Against Homophobia, Transphobia and Biphobia is May 17. For more information, visit their link page: http://dayagainsthomophobia.org/ 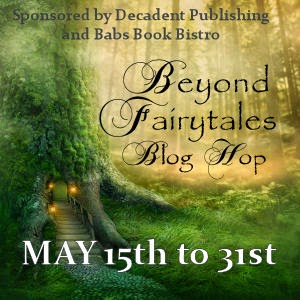 It's no secret, adult fairytales have experienced a resurgence. They're gritty, edgy and downright sexy. Think TV favorites such as #Grimm and #Once, and add in a good dosage of imagination.

I'm Hooked! Welcome to the Beyond Fairytales Hop, where you'll get reacquainted with some classic tales done a little bit differently. Stick around, each blog offers a contest (info below).

My tale The Thief & His Master combines elements of shifters with a boss who likes doing things her way -- a little bit too much.

No way in hell the chick sitting across from him was the boss. Damn, she could be swinging around a stripper pole, bringing in plenty of cash. While her lips smiled, her eyes didn’t and a sense of nervousness swept over Sven. What was he doing here? Sure, she didn’t hold any true power over him, but wasting his time was bad enough.
A number of trophies dotted one shelf, and he wished he could get up and take a look around the room in order to get a better picture of who he was dealing with.
“What brings you here today, Mr. Stephenson? I know you applied through a local job ad.”
The leading question didn’t bring him in the right direction. Sure, he knew what was going on behind the scenes.
“Well, the job ad intrigued me,” he said. “I’m a fast swimmer. Best in nationals, back home.”
“Swimming?” She cocked her head to the side, as if trying to figure him out. “I’m not quite following where swimming is coming from as part of the interview.”
With a shrug of his shoulders, he paused a few beats before replying. “It’s just that I can maneuver places others may not be able to. When I don’t know, I learn fast, and I’m multitalented.”
She leaned forward, and probably didn’t realize she was giving a mighty fine view of her cleavage “And how do you expect this ‘talent’ of yours to help you here?”
“Listen, you’re looking for someone to do a job. The ad was pretty explicit, and it caught my interest. I’m graduating from college soon and need to explore the, ah, opportunities out there. Do I want to make ten dollars an hour as a manager at a hotel, or would I rather, potentially, bring in a higher salary doing something a little on the edge?”
Madeline glanced through the paperwork on her desk, and he noticed her take in the full trashcan of what looked to be applications. She stood, walking around behind him. He sensed her near, perhaps within touching distance, but he fought to not turn around. That would give her some sort of power over him that he wasn’t willing to concede—quite yet.
A delicate stroke of fingers danced across the back of his neck, so soft he almost didn’t feel it. He shivered, and continued to look straight ahead. Her breasts brushed against his back, burning an imprint through his shirt.
“And what of the consequences if you don’t perform to your fullest extent?” she whispered in his ear. “Are you willing to undergo reprimanding?”
Her breathy words traveled straight to his cock, making him grow hard. He shifted, uncomfortable with her fast effect on him.
“As I said, I’m willing to do whatever is necessary for the job.”
Coldness settled on his back as she stepped away, returning behind her desk.
“I think I’ll give you a try,” she said. “A trial period. We’ll make a few runs and see how you do. Maybe I’ll get lucky and you’ll disappoint me, and then we can have a little fun. Any questions for me?”
The side of her mouth quirked up. He didn’t say anything. He didn’t know what to say.
The job offer was faster than any he’d ever heard of before, especially after a cold call. But wasn’t it what he’d expected? The minute he’d seen the want ad, he’d known he was destined for the position. If only all decisions in his life came as easy.
He thought it over and figured he’d better ask before moving forward. He’d rather have more specifics. “What, exactly, do you steal?”
“Mmmm, good question. I was wondering when the subject would come up. Let’s say we don’t like to refer to it as ‘stealing.’ Instead, think about it as recovering items that have been lost. My company works to return them to their proper owners.”
“A bit of a murky ground, ethically.” He liked the idea.
“It helps to think of it that way.” She arched one eyebrow, observing him.
“When do I start?”
“Tomorrow.” Madeline tapped his application folder against the desk. “See Lucy in the main office to fill out some more paperwork, a nondisclosure statement, all that fun stuff. She’ll show you your room, and I’ll expect you to be packed up and back here this evening.”
“Packed?” he asked. He didn’t remember the ad saying anything about living arrangements.
“Yes, when I say it’s full-time, I mean full-time. Your time is my time.”

The Thief & His Master

Giveaway #1: $5 Amazon gift card & Small glass bottle of "Magic Fairy Dust." Leave me a comment, telling me what you'd wish for and a valid email address, and you'll be entered into the drawing. Also, don't forget to enter the big Rafflecopter giveaway below. 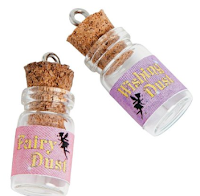