How to tell you’re dating an Olmec Jaguar shifter #AlphasCall 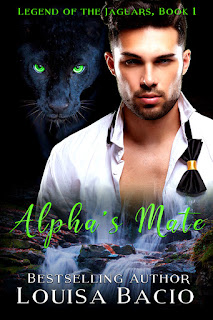 What would you do if a gorgeous hunk showed up your door professing to be from a legendary extinct tribe with paranormal shifter powers? Talk about a big cat! If you’re not quite sure what to believe, here are a few tips to figure out if they’re really an Olmec Jaguar shifter.

2) His abs are as hard as stone

3) and sometimes he can be old fashioned (ahem: hard headed), too.

4) His sworn enemy who promises to destroy all happiness is La Peña, which translates into The Pain.

5) They know where the treasure is buried!

Legend of the Jaguars, Book 1

A were-jaguar must find his mate before an ancient evil transforms him to stone…again.

After the were-jaguar Hector awakes in a museum, trapped within stone, he begins a quest to find his life mate before his enemy once again transforms him into a mythic ancient relic.

Legend has it that Kaitlyn’s family once was part of a tribe, and she was destined to save it from extinction. She never expected the prophecies to come true.

With his tribe’s sworn enemy hunting him down, Hector must convince Kaitlyn that she’s his destiny – the only person able to revive the were-jaguar and legend of the Olmec — before it’s too late.

In Alpha's Mate: A Collection of Shifter Romances 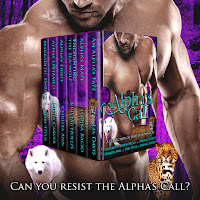