What witches really did with those broomsticks!

Get ready for something a bit wicked, very wild and extremely wicked with Nikki Prince, and her  fellow contributors from A Cauldron of Tales. And while I don't usually feature "explicit," be warned with that steamy excerpt ... 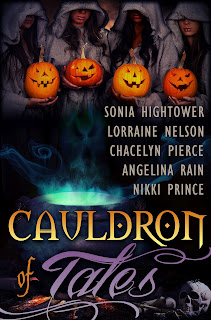 Witches and broomsticks... I bet you visualize a woman with a long, warty nose and a pointy hat riding a broom across the moon. That’s what we’ve been told for years, yes?
*evil cackle*

Truth was, many “witches” back then were drug users, women who used and escaped into hallucinogens. A drug was very popular, belladonna, and taking it allowed them to “dance with the devil” or whatever it was they imagined themselves doing.

But here’s the catch. They didn’t shoot it up. There were no needles and syringes. And it tasted bad. Awful.

So it had to be applied to an open wound or to your membrane. Take a wild guess, then, where you got some major mucus membranes, ladies, and think about that broomstick.

The “witches” did, indeed, shove broomsticks up their vaginas, with the ointment applied to the tip.
And that is how Devil’s Berries came to be.

I first read of this in The X-Files: Book of the Unexplained Volume Two.

I Googled and found more. http://www.straightdope.com/columns/read/1344/whats-the-deal-with-witches-and-broomsticks

There are tons more articles on the subject of witches “riding” those brooms. J

Excerpt from The Devil’s Berries:

Sabine lay on the bed of hay in the center of the room. The bowl of belladonna was on the floor by its side. She placed a finger in the concoction, raised it to her lips for an experimental taste, and grimaced at the horrid bitterness. But she had no open wounds, and she wasn’t going to inflict one, not when her mother had told her of another way. But first, she’d have to prepare.
She began with languid strokes up and down her breasts and belly. A warm build up started in her core and spread its warmth to her face, where it flushed her. Heat formed in her mound, where it grew damp, and then down to her toes, which curled. She ran her hands down to her core, touched herself there, moaned at the sticky feel. She began to stroke her little nub. Womanly juices began to drip onto her fingers.
Soon her body was relaxed enough, and she grabbed another object ready for her use from next to her bed. Taking a deep breath, she dunked the end of it into the devil’s berries, and after coating the broom’s smooth-sanded handle with the liquid, slowly and tentatively placed it at the entrance to her moistened pussy.
Sabine thrust it inside her in one stroke and gasped at the pleasure and pain of it. She tossed her head back and allowed a guttural cry to rent the air. Briefly, she lost her wits.
She didn’t know how much time passed as she lay there writhing, squeezing her breasts, stroking her belly, tweaking her nub, but as she came to from her latest explosion, she became aware of a presence in the room. A feeling of darkness and the smell of decay. She gasped. Had they come for her…?
About the Contributors 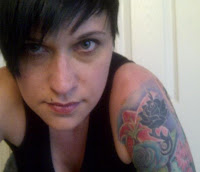 Sonia Hightower is a pen name for Tara Chevrestt, a deaf woman, former aviation mechanic, writer, and editor. She is most passionate about planes, motorcycles, dogs, and above all, reading. That led to her love of writing. Between her writing and her editing, which allows her to be home with her little canine kids, she believes she has the greatest job in the world. She is very happily married.

Sonia writes the racy stuff and argues she was here first. She just wasn’t allowed to be unleashed until the last year.

While Tara and Sonia continue to fight over the laptop and debate who writes the next book, you can find buy links, blurbs, and other fun bits on their website,

Lorraine Nelson is a multi-published author who lives in rural New Brunswick, on the east
coast of Canada. Always a bookworm, she’s read many novels of romance and mystery over the
years, finally deciding to put her pen to work at writing one.

Lorraine lives alone with an independent yet affectionate tomcat, enjoys spending time with
her three sons and six grandchildren, the latest just born in December, 2011. When not at the
computer, you can find her spending time with family, gardening, baking, and, of course,
reading.

Lorraine loves to hear from readers. You can keep up with Lorraine’s releases by visiting
her at the following locations:

A rocker by heart, Chacelyn Pierce is constantly ear plugged with heavy tunes blaring to stir
up the phantom personalities that swarm her mind. It’s no surprise she enjoys writing and
reading to satiate her appetite for the male antagonist in a story. Married to a blatant redhead and
mothering a diva, there is never a dull moment in the house. As a native Texan, she doesn’t
personally own a horse but follows the unwritten southern rule of knowing how to ride one.
When she’s not testing the emotional capacity of her characters, she works part time as a dog
groomer.

As a child, Angelina Rain wanted to be a fashion designer, artist, lawyer, psychologist, cop,
and everything else known to man and woman. It wasn’t until high school that she had a dream
where she was a bestselling author. Awoken from the dream, Angelina knew what she wanted to
do with her life.

Currently, Angie lives in the south suburbs of Chicago, Illinois, where she crafts stories of
passion, intrigue, romance, magic, and the occasional sarcastic bitch heroine she bases on
herself.
Ang loves to hear from her fans and welcomes emails from readers. Write to her at
angelinarainauthor@yahoo.com or check out her site www.angelina-rain.com and blog
www.angelinarain.blogspot.com. 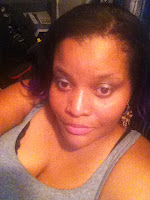 Nikki Prince is a mother of two, who’s always had a dream to be a published author in the romance genre. Her passion lies in gaming, cooking, reading, writing, and raising her children as readers too. Her mother can now breathe easy about the child who used to get in trouble because she was hiding books everywhere and reading when it wasn’t appropriate. She loves to write Interracial romances in all genres, but wants to let everyone know to not box her in, because there is always room for growth. You can find buy links, blurbs and other information on Nikki Prince at her website: http://www.nikkiprince.blogspot.com or on her Facebook page:
http://www.facebook.com/AuthorNikkiPrince.

Blurb:
In The Devil’s Berries, readers are taken back to Renaissance England where Sabine, facing her last night alive, reveals how the witch really came to be associated with the broomstick. Will her nightly visitor bring her more trouble or will he give her peace?

Cindy can’t decide if she’s Hexed Or Vexed her longtime friend, Killen. All she knows is that one second he was her very manly friend, and the next, he’s a dog. Can her Witchy Group on Facebook help her fix the mess, or will she be burdened with a comical canine companion the rest of her days?

Willow Vance is a poor excuse for a witch, and by some stroke of luck, the six-year-old Past Potion she crafted worked. When the hexed warlock finds out about Willow's curse, he will stop at nothing for her to lift the spell. Willow can run, but does she want to?

Alone for Halloween, Bryn is ready to take some frustrations out on her purple battery-operated toy, but she’s in for a surprise when the Toy Soldier becomes a flesh-and-blood man. Grateful to be free of his plastic curse, Byron will do anything for her...no matter how naughty.

A dance of seduction under The Light of the Moon turns into a night of passion, but will that be enough for Aponi to keep the man of her dreams enchanted? Or will the flame that was ignited die out just as quickly as it sparked?

Danica finds herself confused after a trip to the carnival with her best friend and coworker. She’s been attracted to Lisette for months, but are her feelings really being reciprocated, or was there A Sappho Spell cast in Madame Lilith’s tent?