Series Starter: Mated to a Mage by @CKOConnor_Auth 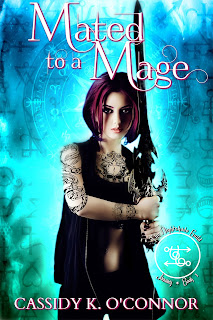