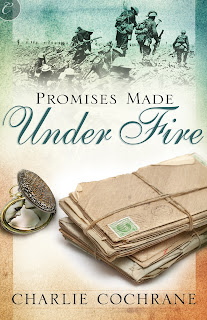 The internet is a wonderful thing. All these facts at our fingertips (so long as we double check them!) and all these fabulous people to meet at the press of a “post” button. I know it’s a two edged sword, dangerous if used without care and a trap for both the unwary and the unthinking, but it’s a real blessing too. And one of those blessings is in meeting like-minded souls.

Think about it. How many weary weeks (months, years?) of searching would it have taken you in the past to run down folk who have exactly the same obsession with the Age of Sail/Lancaster Bombers/the works of CS Forester/insert your own fixation here? It’s always wonderful to be around people who “get it”, to whom you don’t have to explain why Vaughn Williams’ Variation on a theme of Thomas Tallis makes you cry or why a Halifax bomber really won’t do. You see, nobody but another fangirl/fanboy would get why you have to take a picture of anything which says “Horatio” or “Archie”, or why a seemingly secret letter signed “S.M.” would be significant.

There’s a risk, of course, and I don’t just mean the sort of flaming which can go on in any community of enthusiasts and toes get trodden on. It’s when you decide to meet up with somebody who up to this point has just been a name and icon on a screen. Will you like them? Will they be in your face? Will they have bad breath? Will it all be so awkward that you’ll both want to go home after five minutes?

I’ve been lucky enough that the people I’ve met up with have been, without exception, delightful. Some of them have ended up being the sort of real life friend you send Christmas cards and presents to, who stays at your gaff and you stay at theirs. I’ve yakked for hours on end, laughed until I couldn’t breathe, heard stories that have made my eyes come out of their sockets, do a somersault and go back in again.

And the visits I’ve shared. Walking HMS Victory’s desks, strolling through the tunnel which was the last place Nelson set foot in London, sauntering along the Thames and hearing what guardsmen got up to supplementing their income. Seeing the Great Hall at Winchester, visiting the Science Museum, seeing who had the hottest chest, nonchalantly passing John Barrowman’s house...

Every one of those has been an experience I wouldn’t have missed for the world, and while I could have done them on my own (or with one of my long-suffering family in tow) it wouldn’t have been the same. Because only a fellow fan will get why the fact Victory had an Archibald Kennedy on board is worthy of shedding a tear.

Lieutenant Tom Donald envies everything about fellow officer Frank Foden--his confidence, his easy manner with the men in the trenches, the affectionate letters from his wife. Frank shares these letters happily, drawing Tom into a vicarious friendship with a woman he's never met. Although the bonds of friendship forged under fire are strong, Tom can't be so open with Frank--he's attracted to men and could never confess that to anyone.

When Frank is killed in no-man's-land, he leaves behind a mysterious request for Tom: to deliver a sealed letter to a man named Palmer. Tom undertakes the commission while on leave--and discovers that almost everything he thought he knew about Frank is a lie...

"Is it that bad?" Foden's voice sounded over my shoulder.

"Do you mean the tea or the day? You'll find out soon enough about the first and maybe sooner than we want about the second."

"The perennial ray of sunshine." He laughed. Only Frank Foden could find something to laugh about on mornings like these, when the damp towel of mist swaddled us.

"Try as I might, I can't quite summon up the enthusiasm to be a music-hall turn at this unearthly hour." I tried another mouthful of tea but even that didn't seem to be hitting the spot.

"If you're going to be all doom and gloom, can you hide the fact for a while? The colonel's coming today. He'll want to see 'everything jolly.'" The impersonation of Colonel Johnson's haughty, and slightly ridiculous, tones was uncanny. Trust Foden to hit the voice, spot on, even though his normal, chirpy London accent was nothing like Johnson's cut-glass drawl.

"Oh, he'll see it. So long as he doesn't arrive before I've had breakfast."

Foden slapped my back. "That's the ticket. Don't shatter the old man's illusions." He smiled, that smile potentially the only bright spot in a cold grey day. In a cold grey life. Frank kept me going, even on days when the casualty count or the cold or the wet made nothing seem worth living for anymore.

"How the hell can you always be so cheerful?"

"Because the alternative isn't worth thinking about. Why make things more miserable when there's a joke to crack?"

As Charlie Cochrane couldn't be trusted to do any of her jobs of choice—like managing a rugby team—she writes. Her favorite genre is gay fiction, predominantly historical romances/mysteries.
Charlie's Cambridge Fellows Series, set in Edwardian England, was instrumental in her being named Author of the Year 2009 by the review site Speak Its Name. She’s a member of the Romantic Novelists’ Association, Mystery People and International Thriller Writers Inc., with titles published by Carina, Samhain, MLR, Cheyenne and Noble.