Can you, for those who don't know you already, tell something about yourself and how you became an author?

I am a single mother of two teens, one 16 and the other 18 (where did the time go).  I’m a gamer (I play The Sims, World of Warcraft, and Call of Duty along with mobile games).  I also make homemade soaps.  I always wanted to be an author since I was about 11 and I read my first romance book and decided from that point on that I was going to write stories.  At 43 (2012) I published two books with two different publishers and I haven’t stopped since.

Where were you born/grew up at?

I was born in California in Merced (Central California), however my parents were both in the Air Force.  So I have lived in California, Mississippi, Alabama, and the Philippines as a child.

How to find time to write as a parent?

I write whenever and wherever I can.  Once my kids were able to more or less take care of themselves (such as play on their own, watch TV etc) it became easier to write all the time without interruptions.  They learned pretty quickly that mama was writing when she was at the laptop and unless something was wrong to go ahead and play.

When did you first consider yourself a writer?

At the age of 11 when I wrote my first poems and began writing my first stories.

What inspired you to write this book?

My parents having been in the US Military and knowing that they struggled with PTSD.  I wanted to honor them, to show the struggles that our military faces and yet even through the struggles show how strong they can be and that love finds a way to start healing.

Do you have any “side stories” about the characters?

There is a second book in the series called Finesse and Cruz and Roxy from Swagger show up in there.  I will be also doing a third story with a character from both stories finding her happy ever after.

How did you come up with the concept and characters for the book?

For Swagger I was just thinking about how much my mom alone had to deal with while she was in the military.  My father was medically retired, however he’d served in the Vietnam War and my mother did 20 plus years. Both are heroes to me as are all those who serve even if it is only four years.

What did you enjoy most about writing this book?

It was my first book that I wrote in first person. I’d tried to write it in third person but it wouldn’t come out right and I remember I was writing it for NaNoWrimo that year (National Novel Writing Month) and once I figured out it had to be in first person it was an ease to write.  As it allowed me to write both POV’s.

How did you come up with the title of the book?

I loved the way Cruz Montoya had this persona of being confident, and perhaps arrogant (arrogant if only a little) and yet at the same time this loving and caring guy who just wanted to be happy with the girl he’d loved since he was a teen.

Who designed your book covers?

Swagger was designed by the wonderful and talented Rue Volley.

Do your characters seem to hijack the story or do you feel like you have the reigns of the story?

I believe that some of my characters have hijacked the story but I love that. I am all about no rules in writing, write the story of your heart.  Having your characters speak to you is a beautiful thing.

Is there an writer which brain you would love to pick for advice? Who would that be and why?

For me the best thing to ever happen was getting to meet Carole Mortimer and talk with her about why I loved her writing style and why her books spoke to me as a kid. She’s a wonderful person and we email each other from time to time.

What are your top 10 favorite books/authors?

Wow this is a really hard one.  I hated to read as a kid until I found the books that spoke to me, which were mainly anything that had rhyming (rhythmic verbiage or romance).  So some of the authors and books I will list since I started read at age 11.  Here are my favorite books:

Pen or type writer or computer?

I have to admit though I love pens and paper, I’m much faster at getting my stories written on the laptop.  I’m so used to using tech that now when I write for long periods of time my writing looks like chicken scratch and my hands get really sore.  So only thing I write by hand is if I have an idea that I need to get down really quickly.

Do you have any advice to offer for new authors?

Stay true to yourself.  However learn to deal with criticism because there will always be someone who just doesn’t get your story.  Keep writing and always help other (authors) there is enough pie slices to go around. 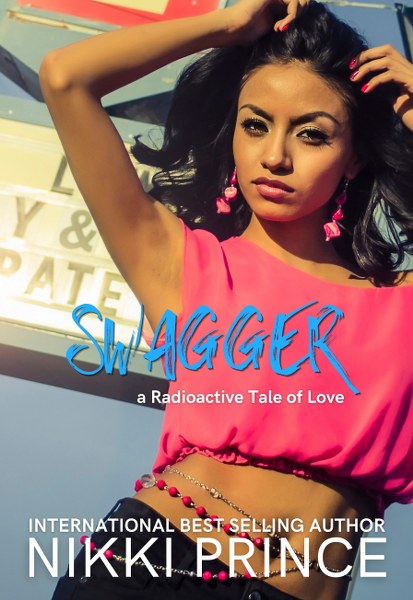 We all have dreams. Mine were filled with college and the boy I loved, Cruz Montoya. But all that went up in smoke when he got sent to juvenile hall, my sister killed herself, and Dad up and left. My mother, and I use that term loosely, became a monster, transferring her pains and disappointment. I became trapped.

Honorably discharged, I'm back in Arlington Heights, the small town that only remembers the black sheep persona of my youth. I could list a dozen reasons for my return, but the only one that matters is Roxanne Waters. I should probably leave her be. I'm not much of a catch with PTSD and the childhood memories rattling around in my brain. Yet, I can't walk away. There's a darkness that surrounds the death of her sister, a secret that's slowly killing her. I'm going to find out everything. This is the moment of truth to see if we can make it or if I'm nine years too late. 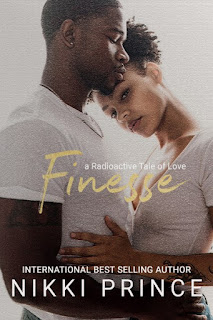 Indelible scars and memories chase us like ghosts.
He was supposed to be coming home. But not like this, never like this. I'd always dreamed that one day Quinton Grayson would be mine. Now he's back and we're both dealing with paralyzing guilt. Does wanting him make sense when I have the responsibility to take care of my nephew? Quinton is holding back; dare I find out why?

When you're on the sand, you're supposed to leave everything there. Unfortunately, I've brought it back to Arlington Heights and Lyric Scott's doorstep. My body reveals all the scars for everyone to see, but the ones on my soul are graver. Will she even look my way? What can I possibly offer her other than to keep the promise I made to her brother, my best friend who I couldn't bring back?
We're a ready-made family now, how can I walk away? But how can I allow her to deal with the demons at my door? 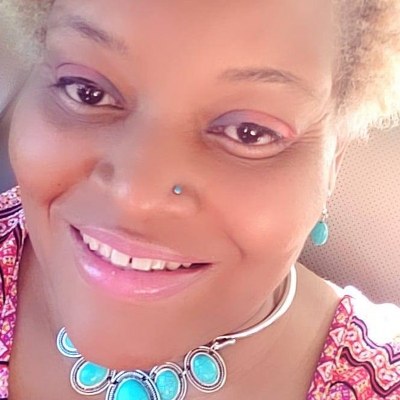 International Bestselling Author Nikki Prince is a mother of two, who's always had a dream to write. Her passion lies in raising her children as readers, gaming, cooking, reading, and her writing. Her belief is that love is love and that everyone should see themselves mirrored in the pages of a book. She also is exploring other avenues of fiction (horror and speculative fiction).  Nikki has a Masters in Creative Writing concentration in Fiction, a masters in Literature, and a Masters in Marketing and Social Media.