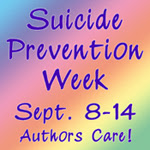 I am a Survivor

One week past my 14th birthday, my mother killed herself.

It’s not a subject I talk about often. Not because it’s something I want to hide. It’s more of a conversation stopper. When people hear my mother died when I was a teenager, most often the next question is “how.” Depending upon the situation, the simple answer is, “an accident.”

The truth is anything but simple. She was a manic-depressive. Certain life situations tended to trigger her episodes. After being adopted at the age of 12 out of Mexico, she suffered from guilt leaving behind her six younger brothers and sisters. Whenever a family member would reach out to her in adult life, it sent her spiraling out of control.

The first few years were exceptionally difficult. I had to learn to separate myself from her. We were not the same person, and people should not look at me differently because of her actions. As an adult, that distinction has become clearer.

Unlike movies and books, where storylines get neatly wrapped up, her death didn’t. There wasn’t a note, or at least one I’ve yet to know about thirty years later. She left food for dinner defrosting on the counter, and that evening we were supposed to attend my cousin’s birthday party. I even listened to a tape inside my radio – just in case she might have left me a message.

For those battling demons, or suffering from depression, I know it’s easy to get wrapped up in your own world. But, try thinking about all the others who may be affected. My mother was the only child of her adoptive parents. They wonder – all the time – if there was something more they could have done.

My father, her husband, did everything possible to help ensure her safety. She spent at least three months out of a year in a psychiatric hospital. Even those who are locked up full time, unfortunately still can find a way to hurt themselves.

The only time I visited a psychologist was directly afterward. He explained she was probably about to undergo another episode, and didn’t want to do it.

Thirty years. The amount of time that’s passed staggers me, and yet I’m still affected. When my children ask how she died, I deflect. Honestly, I don’t want them to know that people choose to kill themselves, as if that alone may put the thought into their heads.

And yet, it’s impossible to think about all the good that’s happened in my life. I can hope that she knows what I’ve accomplished, and the joys of my daughters. Those left behind by suicide are called “survivors.”

I am a Survivor.

Thank you for visiting my stop on the Suicide Prevention Week – Authors Care Hop. Please make sure to visit the other hosts – each should be giving out a prize. For those commenting on my blog, the winner will have a choice of a book from my backlist.

a Rafflecopter giveaway
Posted by Louisa Bacio at 3:00 AM