Playing with "The Hand He Dealt? with Tanith Davenport 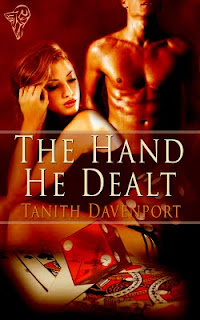 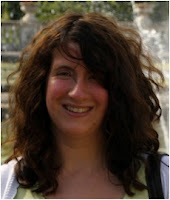 Tanith Davenport began writing at the age of sixteen as a way of utilizing her ability to drift into daydreams at any hour of the day or night. Her interests range between rock music and modern cinema to medieval literature and classical singing. She loves to travel and dreams of one day taking a driving tour of the United States, preferably in a classic 1950s pink Cadillac Eldorado.
“The Hand He Dealt” is Tanith’s debut novel and was released by Total-e-Bound Publishing on 13 June 2011.
www.tanithdavenport.blogspot.com

Pick up your copy of “The Hand He Dealt” at Total-e-Bound Publishing
___________
Thank you very much to Tanith for sharing details of her new release. Can't wait to read more! And while I'm sharing my blog with Tanity today, come visit me on Erotica Can be Reality or Fantasy, and see what word is haunting me.