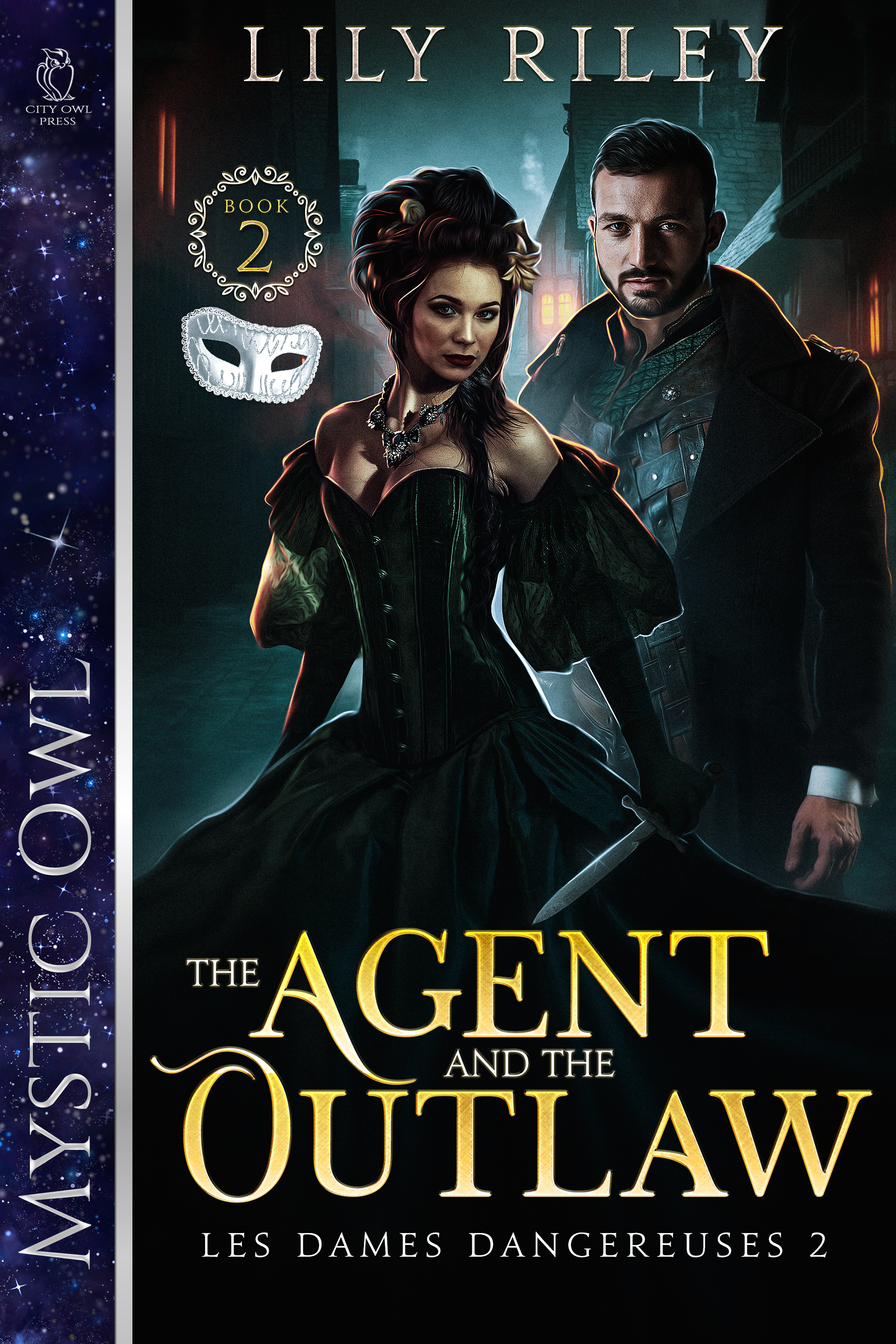 The murder of a marquis, an accidental kidnapping, an elite vampire death squad, and a beast stalking the French countryside? All in a day’s work for a member of the les Dames Dangereuses.
As the most enviable comtesse of the tonne, Charlotte de Brionne was almost satisfied with her wealth, power, and rather tepid marriage, until her murderous husband betrayed her.

Now she has seized the chance to make a more adventurous start with les Dames Dangereuses, an order of women spies in service to the French crown. But her latest assignment is rudely interrupted when she is kidnapped by a crossbow-wielding madman, who turns out to be not at all mad only rather surly and annoyingly handsome.

Lieutenant Antoine de Valle has no idea what to make of the exasperating, untrustworthy, and frustratingly beautiful woman he’s suddenly saddled with, but his honor demands he see Charlotte safely home. Especially since it’s his fault she accidentally witnesses his murder of a marquis, ends up on the wrong end of a brutal vampire death squad, and barely survives an encounter with the Beast of Gévaudan.

In fact, the more Antoine tries to keep Charlotte safe, the more trouble they find themselves in. And the harder it is for Antoine to remember his honor in the face of Charlotte’s dangerous charms.

Review from Publisher's Weekly for The Assassin and the Libertine:
Scandal, seduction, and supernatural secrets animate Riley’s deliciously decadent debut and Les Dames Dangereuses series launch. In 1765, a blood plague is spreading among the Parisian poor, turning them into vampires. For many, it’s a better fate than starvation as a human. As one of few courtiers infected, “legendary rake” Étienne de Noailles is appointed the vampire emissary to His Majesty. Though he tries to advocate for vampire rights, he’s treated as little more than a threat and a lust object at Versailles. 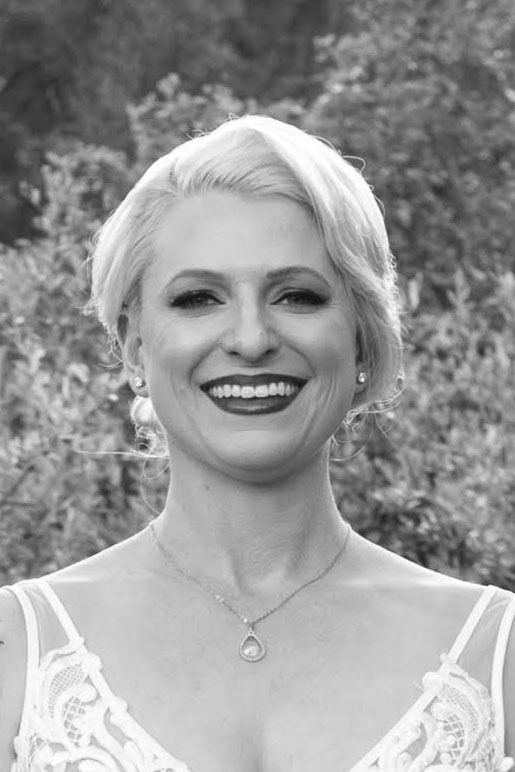 ABOUT THE AUTHOR:
​Lily Riley is a romance novelist currently focused on historical paranormal books that feature a little bit of cheek and a lot of steam.

Her second novel, The Agent and the Outlaw, publishing under the Mystic Owl imprint of City Owl Press, comes out May 19, 2022.
When Lily isn’t writing about dreamy supernatural beings in 18th century France, she enjoys sipping champagne, eating cake, and dancing naked by the light of the full moon.

Excerpt One ​CHARLOTTE
It wasn’t often that I desired bloodshed. In fact, the only other time I truly wanted to murder someone had been a year ago, when my former husband summoned a demon to try to force my cousin to love him. It didn’t quite work out for him, and needless to say, it made for a rather awkward evening.
“Do you ever wonder what they do with these reports?” I asked, stamping my seal into the hot wax on the thick sheaf of papers. “Sometimes I think they don’t even look at them. They couldn’t possibly read them all—every scrap of only occasionally useful information from every agent. I’ve half a mind to test the theory and slip in some dirty words to see if anyone says anything.”
Firelight flickered around the room, casting an amber glow upon the towering shelves of books lining the library of my cousin’s impressive château. Daphne, Duchesse de Duras, agent of the Order, leader of their women-only sect called les Dames Dangereuses, and my best friend, peered at me over the rim of her champagne glass.
“Charlotte, I’ve read your reports. There aren’t any more filthy words than the ones you already use. I’ve seen seasoned agents blush beneath their masks while reading them. Perhaps you should consider a career as a writer of erotic novels.”
“I would truly excel,” I preened. “I know so many good synonyms for male anatomical features. Quivering rod. Virility spear. Throbbing manhood.” Daphne rolled her eyes to cover a smirk.
“Silent flute.”
“Speaking of silent…” She looked at me pointedly.
I grinned and handed her the sealed folio—thirty-six pages of tightly scrawled script outlining an avalanche of evidence of the Marquis de Sade’s crimes. Treason, blackmail, extortion, sexual abuses, violence against innocents…it had been months of grim and grueling work, and my biggest investigation since joining les DD. At court, all the aristocrats knew of the marquis’s villainous tendencies, but no one had the temerity to bring charges against him. As a member of court, he was “one of our own.” At least, until Daphne and I had come along and forced the issue with the Order—the long-shadowed organization of powerful men in France who tasked themselves with the safety of king and country, but which operated in a sort of gray area just outside the law.
“What is to be done about his associates?” I asked.
She raised a brow at me and drained her glass. “I thought you handled that already.” Her displeased tone implied she hadn’t approved of my methods.
“Oh, chérie, just because I killed a vampire doesn’t mean it was an indication of my feelings about the poor souls suffering from the blood plague. You know I’m all for integration of vampires and humans—I have been since the plague took hold of Paris years ago, really—and you know how much I love you and Étienne. Your hematic preferences don’t bother me one whit. But truly, that bastard was evil. I mean, really evil. Quite possibly as evil as my former husband, may he rot in Hell,” I said earnestly.
“Charlotte, he’s imprisoned in the Château d’If,” she replied. “Not technically dead. Probably mad, but still quite alive.”
“Well, it’s almost the same thing, isn’t it? And the Order gave me his falsified death record after all that unpleasantness a year ago,” I grumbled.
“Yes,” she replied drolly. “‘All that unpleasantness.’ Summoning a demon and murdering several people—including my own awful husband, as well as the king’s mistress—is what you would call unpleasant.” She chuckled. “No, chérie, it’s not that I disapprove of you staking a vampire who certainly deserved it, it’s just that you killed him before he could tell us who Sade’s other associate was. We know he had more than one highly placed individual feeding his depraved desires.”
“Well, honestly, Daphne, it’s not my fault a supernatural kidnapper ended up being so frail as to die when he was stabbed a few times--”
“Twenty-seven times.”
“Twenty-seven times then. But really, who’s counting?”
“You did. It was in your report!”
“Because I’m nothing if not efficient. Not only did I dispatch a villainous bloodsucker—no offense—but I wrote a fully accurate report on the matter. You’re lucky you have me as a lieutenant for les DD, you know, especially when I’m here working while you’re out having glorious carnal fun with your dashing rake of a fiancé.”
Posted by Louisa Bacio at 12:29 PM