First let me say Thank You to Louisa for having me! I’m very excited to be here today.  As some of you know, I normally write Hawaiian Paranormal and Paranormal short stories but my newest book, The Hooded Man, takes us into Medieval England and is a new twist on the traditional Robin Hood tale. It will be available from Decadent Publishing.
I thought the best way to share my excitement for Robin Hood and The Hooded Man is to tell a bit about the stories my book is based on.
Who was Robin Hood? Was he a mere man made into myth by constant oral storytelling or a symbol of a much simpler time? One could say that he is an exciting mixture of both, a unique melding of myth, hero, and man. While the legend of Robin Hood is rooted in history, it is also a combination of human interest and pagan mythology. So once again we can ask who was that hooded man? 'Was he man, or spirit of the forest, like Robin Goodfellow or the Green Man?" 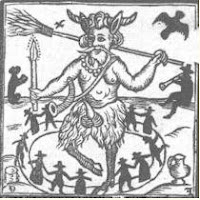 In many intellectual circles, Robin Hood has been thought to have been a real man named Robert Fiztooth, the Earl of Huntingdon. While the true identity of the legendary outlaw has been highly debated throughout academia, history and Hollywood, Fiztooth probably is the most widely accepted character for the mythical woodsman. Another alter-ego belonging to the English Rogue is Robin of Loxley, a Yorkshire fugitive. Yet another identity is that of a humble forester who was outlawed for killing a deer in the Royal forest. Perhaps Robin Hood was a composite of all the mediaeval forest outlaws of England. Never the less, Robert Fitztooth's grave at Kirklees is considered to be the burial place of Robin Hood. It is visited many times over by tourist every year, searching for Robin Hood.

If Robin was not a human, perhaps he was a "God." From the pagan standpoint, Robin of the Hood is connected to the Green Man. The Green man, according to the Celtic Pantheon of Gods, is Cernunnos, the God of Vegetation and fertility. Cernunnos is also the Lord of the Trees. The oak tree is sacred to Cernunnos. "The Green Man represents the male aspect of nature." Robin is consistently described as wearing Lincoln green and living in the forest. In Sherwood Forest there stands a mighty oak tree simply called The Major Oak. The tree is believed to be the meeting place for Robin Hood and his merry men. "The gargoyle-like carvings of the Green Man show a human face almost completely camouflaged by leaves." Robin has an uncanny ability to blend in with his surroundings, becoming part of the forest, much like the Green man.

The Green Man has two personas, the Holly Lord and the Oak Lord. The Holly Lord, or "old man winter", dies at Beltane and is reborn as the Oak Lord, or "baby new year". He then marries the May Queen. The horned God aspect of the Green Man is just another form of Herne. Herne is the Celtic hunter god. He is most often portrayed with stag's horns sprouting from his head. In many of the original gestes, or tales, Robin is referred to as Herne's son. This approach is taken many centuries later in the popular British television show, Robin of Sherwood. "It seems likely that Llew's [a Celtic sun god] mediaeval successor, Red Robin Hood was once also worshiped as a stag."

Mythology is not the only place that manifests different types of "Robin Hoods." Literature has several versions of the tales under different names. The Scarlet Pimpernel, by Baroness Orczy is yet another re-telling of the Robin Hood stories. Sir Percival Blakeney even wears "Blakeney Green." While he does not rob from the rich and give to the poor, he does save several poor souls from the guillotine. The Pimpernel acts almost in a reverse of Robin Hood. Sir Percy "steals" the rich aristocrats out from under the noses of the poor French mob. He is an eighteenth century Robin Hood. He must win the love of his wife, Marguerite, whose name happens to be the French variation of Marian or Mary. Marguerite is just as spirited as Maid Marian, maybe even more so. And the villainous Chauvelin is constantly trying to seduce her, much like the Sheriff in several Hollywood versions of Robin Hood.

Who was that hooded man? Great debate has continued throughout the ages looking for historical basis as well as mythical proof as to the existence of Robin Hood. Did a single man live to take on the tyranny of injustice or was he something more?

Robin Hood is a hero for all ages. He and his legend have enthralled us for centuries and it will continue to do so for many more to come.
For more interesting tidbits on history please feel free to check out my blog, History’s Mistress at www.historysmistress.blogspot.com
My first book, Kona Warrior, is currently available from Ravenous Romance. The Hooded Man will be released by Decedent Publishing this winter.
_____________________________________
Courtney -- Love that mixture of retelling mythology. What a fantastic set-up and background for your novel. I look forward to reading more from you. Please let us know when you have a release date!
Posted by Louisa Bacio at 7:00 AM