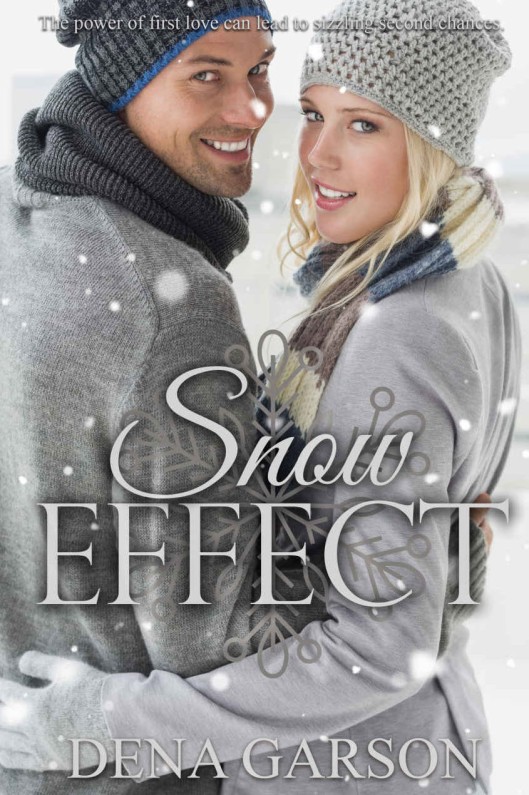 Nicki Cartwright is one snowflake away from losing her dazzling TV camera smile. Between her mother interfering in her non-existent love life, a spotlight-stealing co-worker, and the threat of the snow storm of the decade, Nicki wants nothing more than to run away to a tropical beach. Instead, she lets herself be talked into attending the McNair’s 50th anniversary party.
Randy Stephenson’s drive from Chicago was uneventful until a winter blast made the last thirty-something miles nearly impassable. By the time he makes it to his grandparent’s cabin, an anniversary party is the last thing he wanted to endure. But finding Nicki there, the girl he had always regretting leaving, makes him glad he came.
Turns out fate-or maybe just a set of scheming grandparents-has plans for them. Stranded at the cabin, alone and with no real party in sight, they’ll have to face old hurts and an electric attraction. Is great sex, a little honesty, and a potentially priceless painting enough to mend a broken heart?

Star Crossed: Their love was meant to be.
Eight USA Today and NY Times and Bestselling authors offering steamy contemporary romance the way you love it! A collection of spicy and extra spicy tales of fated love. Get swept away by stories of ordinary people getting extraordinary second chances, risking their hearts and finding true love. This is a box set to laugh, cry and lose your heart to.

Katalina Leon ~ Dark Sky
Dark hearts. Dark Sky. Since childhood, Severin and Avery’s love was meant to be. For eight years, tragedy has torn them apart but fate offers them a second chance.
Sabrina York ~ Smoking Holt
Bella’s secretly wanted Holt for years, and now...here's her chance. Will his fiery dominance burn this willful heroine to a crisp?
Ann Mayburn ~ Sodom and the Phoenix
Will shy Tanwen find the courage to embrace all the forbidden pleasures that Master Adam has to offer, or will she continue to be a 'good girl' and deny herself the satisfaction and love she truly desires.
Michelle Fox ~ Operation Burlesque
The last thing a burlesque dancer should do is fall in love with a sexy special ops agent, especially when that puts her on the radar of the terrorist network he's taking down.
Rebecca Royce ~ Under The Lights
Despite the odds, their passion burns as the show must go on. Can these two see there is love to be had both under and away from the lights?
T.L Reeve ~ Releasing Hannah
For Hannah, coming home is the easy part. Finding herself, while searching for the right Dom to release her inhibitions will push her heart to its limits.
Dena Garson ~ Snow Effect
When Randy walked away from Nicki eight years earlier, he shattered her heart. Now that fate -or maybe just a couple of scheming grandparents- has brought them together again he’ll have to convince her that he deserves a second chance.
Virginia Cavanaugh ~ Lovers By Night
Paige Sutton wants to play doctor with handsome Brandon Kline, a hot doctor that is sure to give any woman palpitations. This sizzling medical romance is just what the doctor ordered.

Dena Garson is a Process Redesign Specialist by day and a writer and jewelry designer by night. She is raising two rowdy boys who play lots of sports which forces her to spend way to much time on the practice field and/or sidelines. Thankfully she has a loyal and loving Labrador Retriever to listen when she complains.

This promotion brought to you by Pure Textuality PR.